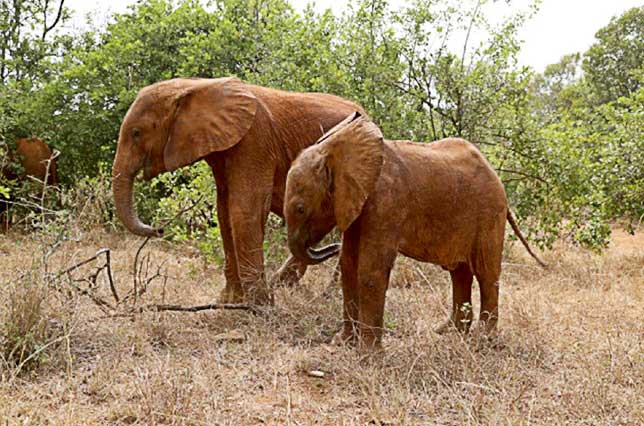 A baby elephant left abandoned and wounded after falling into a well in Kenya is now recovering and growing, through the efforts of a local company. Ronco Cayman sponsored Ngilai the elephant and helped with the animal’s recovery costs through its “Hand Up” charity initiative and the David Sheldrick Wildlife Trust. The trust’s rescue team managed to get the elephant out of the well and relocated him to a nursery. Now the one-year-old is thriving despite his traumatizing start. Three-week-old Ngilai was discovered stuck in a well in March in Ngilai, Kenya. Unable to escape and join his herd, Ngilai was abandoned.

Ronco became involved in supporting the Wildlife Trust’s conservation efforts through its managing director, Darrell Hines. Mr. Hines, who had met Wildlife Trust founder Daphne Sheldrick, said in a press release that it was an easy decision to be involved in Ms. Sheldrick’s cause and conservation efforts. “These animals need our help and support,” he said. “By supporting them and supporting our environment, we support ourselves. I am honored to have been involved with Ngilai’s recuperation and integration into the Sheldrick herds.”

Ronco’s donations helped with the medical needs and costs associated with Ngilai’s food and shelter.

“We will continue to help as much as we are able to in the future,” said Mr. Hines. “I hope that Ronco can show Cayman that our reach as a country is great, and that we can touch the lives of many around the world with the simplest of acts.”

For more information on how to sponsor, foster or donate visit www.sheldrickwildlifetrust.org.