Yes, we are different!

We blend unbridled honesty with absolute transparency. We ask questions, we listen. We troubleshoot, we problem solve and we consider how IT can fit into your business and how your business fits into IT.

What makes us great at what we do is our staff, our backgrounds. Our leaders are business people from non-technical environments. Our intelligence lies in employing the brightest technical minds we can attract to translate your business needs into operational reality. Our team is what makes us stand out. We even structure technology based pitch decks to help raise equity or project funding –that’s different, right?

There is a role for every business, no matter how large or small, to help those in need.

We figured that whilst we cannot change the world, we can make a difference.

We love what we can do for others and this led to the launch of our Hand Up program. The philosophy behind our giving program is that even the smallest gestures can make a big difference in somebody’s life.

We look for opportunities to give people and organisations a ‘Hand Up’ – not a handout. There’s a role for every business, no matter how large or small, to help those in need.

Our aim is to help prevent and reduce the early deaths, long-term disabilities and widespread suffering that heart and circulatory diseases cause our people.

Suzy Soto founded the Cayman Heart Fund in 2007, at her own birthday party at the Cracked Conch.

“It was the first fundraising event,” she said, “although it wasn’t a gala, it was my birthday.”

In 2001, Mrs. Soto had a pacemaker implanted, “and a lot of people were asking me about it. I said I’d like to start a heart fund. I was at the age where I wanted to give back,” although few would argue that Mrs. Soto had not already spent a lifetime helping shape and propel the Cayman Islands community.

Instead of birthday gifts, she asked for checks from the attendees. Dr. Shirley Cridland and Dr. Sook Yin then joined the Cayman Heart Fund’s inaugural Board of Directors. 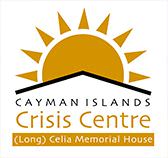 The Cayman Islands Crisis Centre was established in 2003 as the country’s first safe shelter for female victims of domestic violence and their children. Many members of the community deserve thanks for their vision and hard work, including Estella Scott-Roberts who established CICC, Cayman Islands Government and the members of the Business and Professional Women’s Club of Grand Cayman, who were instrumental in getting the CICC launched.

Mr. Len Layman also deserves special thanks as he chaired the Board of the CICC from its inception until 2015, working to fulfill his vision of a Cayman without violence towards women.

To this end, our mission is: to provide safe shelter to victims of domestic violence and their children; to provide a 24-7 Crisis Helpline and a TalkLine for anyone in distress or just needing someone to talk to; to provide aftercare support to the former shelter clients; counselling and aftercare support to our shelter clients and other members of the public; to educate the community on what family violence is and what healthy relationships are; and to be an advocate for the often voiceless victims of violence.

We believe that violence against anyone should not be tolerated – whether it be against a woman, a child or a man. 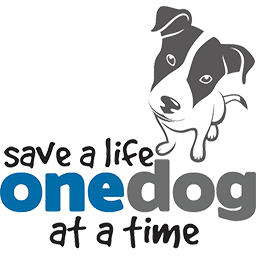 One Dog at a Time (ODAAT) is a small dog rescue group based in Grand Cayman which started its work towards the end of 2013 when we realized the extent of the pet overpopulation in The Cayman Islands. All of our board members bring different skills and interests to the table with the one thing we have in common being our desire to rescue and rehome unwanted dogs and puppies.

We rescue unwanted dogs and puppies from the streets and DOA pound. At DOA pound the dogs are at risk of euthanasia. We raise funds through our fundraising events and donations to cover the costs of pulling the dogs from DOA, vetting the dogs, spaying and neutering them and treating for heartworm or other issues such as ringworm (when needed). Our funds also pay for collars and leashes, dog crates, dog bowls, poop bags and other items needed as well as covering the costs of food and heart guard whilst in foster homes. The funds raised also pay for dogs to be flown to our rescue partners in New York and Toronto. We work with other rescue groups in Cayman when funds and space allows. Currently, we rescue and rehome an average of 5 animals a month and seek to raise $1000 a month to cover these costs. 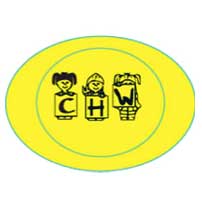 Children’s Helpers Worldwide is a small organisation based in London. We are aiming to create a network for people around the world who want to help give children a better start to life.

We work with the staff of local organisations, and have formed partnerships with people running projects in Argentina, China, Ghana, Romania and South Africa, so far. The local projects are very varied, and we work with schools, orphanages, hospitals, medical projects, sports programmes and more. We have supporters and volunteers from different countries around the world and look forward to more people getting involved. 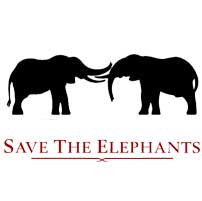 Our mission is to secure a future for elephants and to sustain the beauty and ecological integrity of the places they live; to promote man’s delight in their intelligence and the diversity of their world, and to develop a tolerant relationship between the two species.

Save the Elephants (STE) works to secure a future for elephants in a rapidly changing world. To battle the current surge in ivory poaching, the STE/WCN Elephant Crisis Fund is identifying and supporting the most effective global partners to stop poaching, thwart traffickers and end demand for ivory. Leaders in elephant science, STE also provides cutting-edge scientific insights into elephant behavior, intelligence, and long-distance movement and applies them to the long-term challenges of elephant conservation. 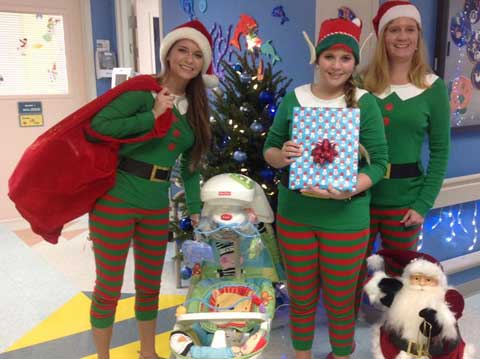 Inspiring! Our local Cayman-based charitable cause, started in 2008 by our Ronco’s owner’s two daughters, at the time, 8 and 13 years old. Their goal every year is to deliver gifts for children as young as babies to teenagers in need. These are delivered to the Pediatric Ward at the George Town Hospital and to the Children and Family Services Department, in the Cayman Islands. If you would like to contribute, please email info at roncocala.com or via our Contact Us page. Find out more 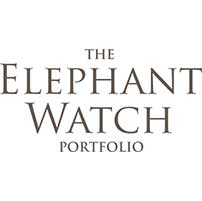 At the Elephant Watch Portfolio, we try to use eco-tourism to lift up local populations by improving livelihoods and reinforcing the conservation ethic of traditional cultures to protect and preserve wild areas and animals. We have a deeply green eco-philosophy that informs our work, striving at every turn to minimize our footprint and do no harm. We believe that development is welcome, but not at the automatic expense of the ancient ways of the nomadic people whose understanding of the wild environment is second to none. The continued well-being of our planet, its mountains, streams, savannahs, swamps, forests, deserts and seas are part of our responsibility as decent beings to protect for the benefit of our children and children’s children and all other creatures on it, who we believe have an intrinsic right to exist with or without man. We aim to bring visitors to these wild places to encourage connections between cultures from all corners of the planet, to reconnect people to the natural world, and to fan the flames of compassion.

Born from one family’s passion for Kenya and its wilderness, the David Sheldrick Wildlife Trust is today the most successful orphan-elephant rescue and rehabilitation program in the world and one of the pioneering conservation organisations for wildlife and habitat protection in East Africa.

Founded in 1977 by Dr. Dame Daphne Sheldrick D.B.E, in honour of the memory of her late husband, famous naturalist and founding Warden of Tsavo East National Park, David Leslie William Sheldrick MBE, the DSWT claims a rich and deeply rooted family history in wildlife and conservation.

At the heart of the DSWT’s conservation activities is the Orphans’ Project, which has achieved world-wide acclaim through its hugely successful elephant and rhino rescue and rehabilitation program. The Orphans’ Project exists to offer hope for the future of Kenya’s threatened elephant and rhino populations as they struggle against the threat of poaching for their ivory and horn, and the loss of habitat due to human population pressures and conflict, deforestation and drought.

To date the David Sheldrick Wildlife Trust has successfully hand-raised over 150 infant elephants and has accomplished its long-term conservation priority by effectively reintegrating orphans back into the wild herds of Tsavo, claiming many healthy wild-born calves from former-orphaned elephants raised in our care.

We use some of the best vendors in the business

See what Ronco can do for you.